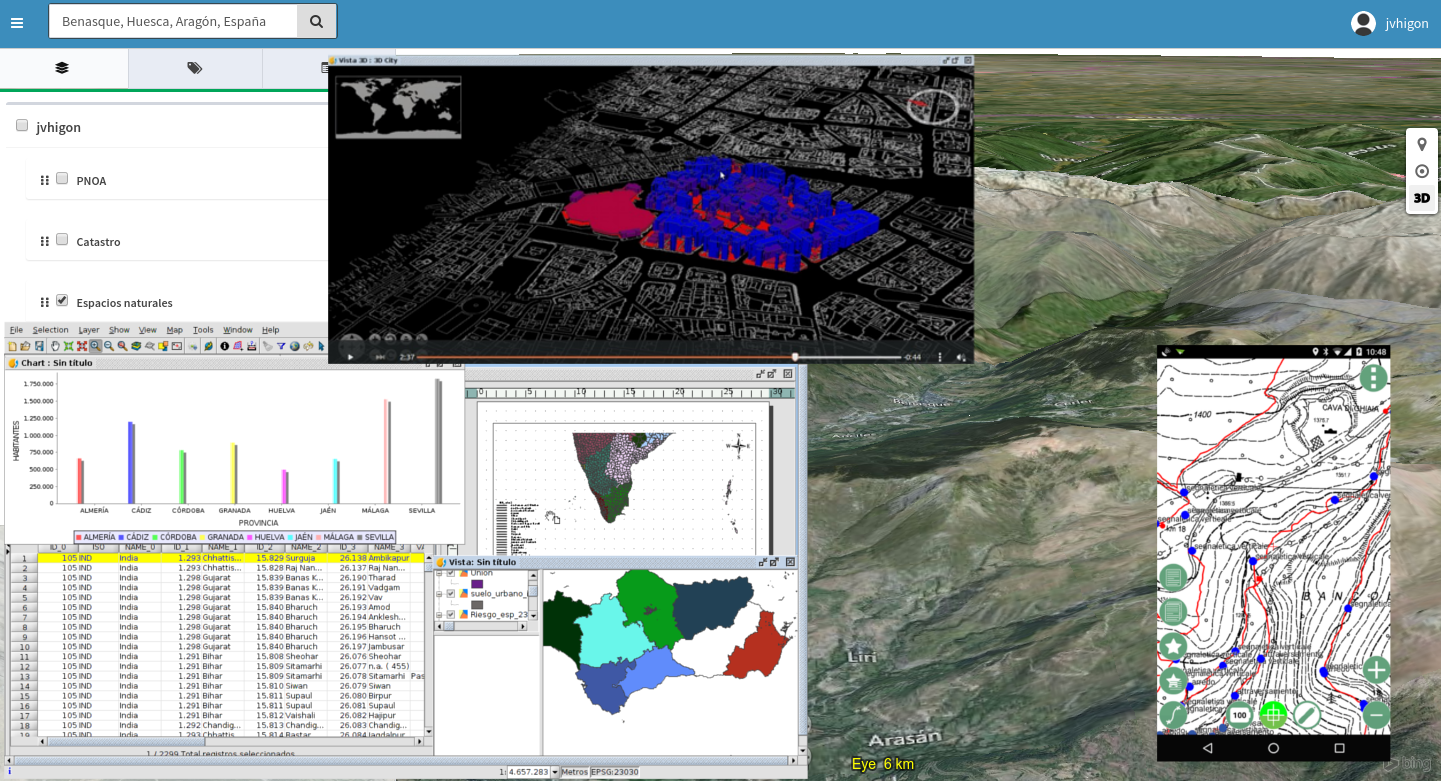 Reality is expressed on the territory. Tools that allow us to manage the territory will allow us to manage the reality. For that, our Information Systems have to have the capacity to integrate the geographic dimension. For us it’s fundamental to have a complete and integral open source catalog with use, share, study and improve rights guaranteed. We are developing a suite of open source solutions to do this. We’re speaking about gvSIG Suite.

And 3D is a fundamental part. We have integrated World Wind in our Desktop (gvSIG Desktop) and in our Spatial Data Infrastructures platform (gvSIG Online). Futhermore 3D tools are used in our sectorial/vectorial solutions.

The project was born in Generalitat Valenciana in 2002. Until 2009 it was the only organization that managed the project. But in 2010, powered by Generalitat Valenciana, the gvSIG Association was born. A non-profit association composed of SME's and non-business organizations (universities, public administrations, technological institutes, etc.). The idea is that the “Benefits” of its activity reverts for the sustainability of the project. Today the gvSIG Association has 5 business members, 63 collaborators and 51 honour members.

gvSIG Desktop is a Geographic Information System. With gvSIG Desktop we can represent data spatially, design maps, etc. gvSIG Desktop has a lot of plugins for geoprocessing, connecting with another programs, etc.

And finally gvSIG Educa, a little version of gvSIG oriented to education in secondary school.

At last year...downloads in more than 160 countries in international, national, regional and local organizations, in private companies, universities and NGO.

Software available in more than 30 languages

2017 and our work around World Wind

This year we have been working to improve gvSIG Suite:

So gvSIG 3D potential has been increased strongly. In fact, today gvSIG is the most powerful open source GIS Suite speaking about 3D capacities/tools. And a big part of this work has been developed this year.

And very important too. This year we have been working in a new product: gvSIG Crime. gvSIG Crime is a platform for crime analysis and 3D (World Wind) it’s a very important part of its tools. 3D (World Wind) is used to do 3D-Geostatistics maps. This project has been developed to Cordoba Province, in Argentina. But now several organizations related to security and crime fight are interested in use the new solution of gvSIG Suite.

Perhaps for all this work European Comission has awarded gvSIG this year as the best open source project in Europe (see “Sharing and Reuse Awards”).